As a Canadian folk music fan I’m a bit sensitive to attempts by ‘furriners’ to cover this classic Stan Rogers song. However, the British folk group ‘Show of Hands’ do a great job here. The ‘Due South’ scenes are a bit weird though!

Overheard on the radio this morning from the CBC traffic reporter:

“Honk if you love Jesus; text if you want to meet him!” 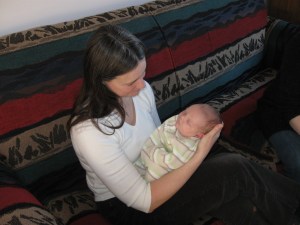 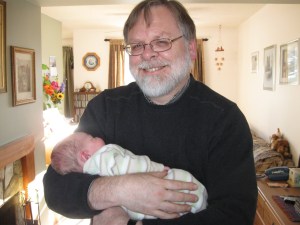 The Body of Christ

I wonder what first comes to mind when you hear the word, ‘church’?

For many people, it’s a building; when they say, ‘our church’, they’re referring to the building in which they meet for worship. Those buildings are often full of hallowed memories for people, especially if they’ve lived in the same place and gone to the same church all their lives. For them, the presence of God is somehow especially associated with these familiar places of worship.

There’s a variation on this today when people say, ‘the Church should be getting involved in the community more’ or ‘the Church should be doing something about housing issues’, or ‘the Church should be feeding the hungry’. What many people mean by this is that ministers should be visibly involved in this. Never mind that three quarters of the members of the board of a particular charity might be members of Christian churches; never mind that ministers are trained in biblical exegesis and not housing policy – unless there’s someone with a clerical collar on the committee, some people will say that ‘the Church doesn’t care about these kinds of issues’ – by which they mean, the Church as an institution, as represented by its paid professional ministers.

So there’s the church as a building (preferably old and beautiful), and the church as an institution. A third common use of the term is the church as a community. This is usually a local thing; people talk about ‘my church’, meaning the particular congregation of which they’re a part. It’s especially important for it to be a welcoming community, a friendly community, a community that has lots of activities and programs to support people through the stresses and strains of their lives. At St. Margaret’s we try to give a lot of attention to this aspect of the church; we think it’s important for members of a church community to know each other and care for each other, and there’s no way we can do that without being willing to spend time together. We also try to make sure new people feel welcome and can easily find their way into this community of faith.

Well, there’s probably some truth in all three of these common ways of thinking of the church – the church as a building, as an institution, and as a community – but they all fall short of the image that Paul uses in our epistle for today when he talks about the church as a body. And not just as any body, either – as the body of Christ. What’s he trying to get at here?

My grandson, Noah, is fearfully and wonderfully made.
I saw him yesterday, less than an hour after he emerged into the daylight from the rather cramped conditions inside his mother’s womb (he’s a big bruiser of a baby, and space was getting a little tight in there). He looked a bit battered after a thirty-hour labour experience, but the parts are all in working order, thanks be to God.
When you stroke your finger across the palm of his hand, his little fingers automatically wrap around yours. When you stroke his foot in a certain way, his toes shoot out in all directions. He knows how to suck (he obviously got a lot of practice in utero), and if he’s hungry, he lets you know. Yes, the lungs are definitely in working order; he’s got a good set of pipes. The other end works pretty well too – input and output function pretty well as designed.
At the moment, of course, he doesn’t understand any of this. He hasn’t a clue how his digestive system works, but he’s still interested in digesting. His brain is a mystery to him, but he’s storing multiple megabytes of information on it every new day of his life. He doesn’t know how vital his liver and kidneys are, getting rid of poisons that could kill him – he just knows he feels wet and clammy in the diaper region. Time to exercise the lungs again.
This stuff is going to work on automatic pilot for a long time. It’ll be years before he has more than a rudimentary knowledge of how his body works. But in the meantime, it works anyway. Fortunately, he doesn’t have to understand it to be able to benefit from it. God is looking after that for him. God and his Mom, of course (God created her so that he could be everywhere at once…).
One day, I hope Noah will learn to enjoy praying the psalms. Especially one of my favourites, Psalm 103, which has this rather relevant bit in it:

For it was you who formed my inward parts;
you knit me together in my mother’s womb.
I praise you, for I am fearfully and wonderfully made.
Wonderful are your works;
that I know very well.
My frame was not hidden from you,
when I was being made in secret,
intricately woven in the depths of the earth.
Your eyes beheld my unformed substance. (Psalm 139:13-16a, NRSV).

I love this psalm. I suspect it’ll be a few years before Noah learns to love it. Meantime, I’ll just pray it for him.

He weighed in at 9 lbs 14 oz.
Mom (Sarah) and baby are both well.
Sarah and Lynn don’t want us to post general photos for a few days; they want to keep it in the family for a bit.
Thanks for all your prayers.

This is a slow stork, but I think it could be quite soon now…

Something good for you tonight from Chris Wood.

Here are a couple of stories from people trying to do some good on the ground in Haiti.

The first is about Sarah Wallace, a young midwife from Devon, just outside Edmonton:

As Canadians are urged to head toward the embassy in Port-au-Prince and evacuate earthquake-ravaged Haiti, Devon-raised Sarah Wallace will stay amid the chaos in an isolated city to the south and search for survivors.

Wallace moved to the port city of Jacmel in 2008 to work as a midwife and establish a registered charity, called Olive Tree Projects.

The city of 40,000 is her home now, and though devastation in the country’s capital dominates headlines, Jacmel is likewise in shambles.

Many people are dead. Many more are struggling to survive.

“I wanted to help them before the earthquake. Now they need the help even more. Why would I stop now?”

The second article is by Willard Metzger, director of church relations for World Vision Canada who was in Haiti leading party of volunteers when the earthquake struck. Willard has actually preached twice at our church here in Edmonton. Here’s an excerpt:

By 11 p.m. the wounded started pouring in again: a young girl who had been dug from the rubble, still in her school uniform from her walk home, a young boy with a broken ankle, foot pointing outward. These broken limbs needed to be set with little more than a steady hand, ripped bed sheets and splintered base boards. Painful cries rose into the starry sky.

Another tremor shook the ground sending those who could run scrambling into the middle of the unlit streets. But the damage had already been done and the wounded needed care. The street was filled with those receiving medical attention as relatives waved their hands and begged God for mercy on their children.

Read the rest on the World Vision Canada website here.