I gave my life to Jesus when I was thirteen. This was part of a series of events that had been going on for some time.

I had been confirmed a year or so beforehand. Some of the confirmation candidates had stayed together as a youth group, and one of the people in that group was an older girl whose faith impressed me. Also, my dad had been lending me Christian books, and I’d read Dennis Bennett’s Nine O’Clock in the Morning, describing his early experiences in what we now call the ‘charismatic renewal’. Healings, speaking in tongues, works of knowledge and wisdom, baptism in the Holy Spirit – it was all very dramatic. And I found it very attractive (and a lot more exciting than the staid Anglican worship I was experiencing at the time).

But my night of commitment to Christ was the opposite of dramatic. At a youth group meeting, my dad (the vicar) said to me, “You’ve never given your life to Jesus, have you?” After the meeting, I went to my room, sat down on my bed and prayed a simple prayer giving my life to Jesus. That was it.

I realized as I was thinking about it this morning that I actually have no memory of that event. I think I do, because I’ve told the outline of the story so many times. But I don’t remember why I did it. I don’t remember what the thought processes were that led me from Dad’s study to sitting on my bed praying the prayer. And I don’t remember how I felt, before, during, or after.

I must have been at least considering the possibility of something dramatic happening. Think of what I had been reading at the time – the spiritual experiences of charismatic Anglican (Dennis Bennett) and Pentecostal (David Wilkerson) Christians (yes, I’d read The Cross and the Switchblade too). Those folks didn’t exactly major in low-key religious experiences! But I have no memory of anything dramatic – no powerful sense of God’s presence, no speaking in tongues, visions, or voices from heaven. No memory at all. Whatever happened, I’ve forgotten it.

However, something happened, because that day set the course of the rest of my life. Very quickly, Christ and following Christ moved into the centre of my life and became my number one priority. I was an enthusiastic Jesus-freak almost from day one! Dad taught me to pray and read the Bible and I made it a habit, a habit I’ve maintained to this day. I plunged into Christian fellowship, small group worship and study times, and I read voraciously. And four years later I enrolled in a two-year training course to become an evangelist. Later on, I was ordained a deacon and a priest.

But all this began with something so low-key that I can barely remember it!

So don’t feel second-class if your religious experience is low key. God is still at work, at a far deeper level than your emotions. As my friend Harold Percy says, God doesn’t write boring stories; all God’s stories are interesting stories. Including yours and mine.

Everyone’s story is unique. There is no template. There are no standardized conversions. Every conversion described in the Book of Acts is different, except for this one thing: they all describe a process by which person’s life is reorientated toward the God who Jesus revealed to us.

And that’s the most important issue. Not ‘Did I feel Jesus enter my heart?’ or ‘Did I see a vision of God?’ or ‘Did I pray the right prayer?’ The important issue is ‘Today, as I go into my day, is my face toward the God who Jesus revealed to us?’

Everything else is optional.

On March 5th 1972, at the age of 13, I made a decision to follow Jesus, and told him so. That wasn’t exactly the language I would have used at the time, but that’s what was happening. It was actually a rather low key event – there were no mystical firework – but it must have stuck, because it changed the course of my life.

Of course, I had no idea just how challenging or all- encompassing that commitment would be. I didn’t know myself very well and I didn’t know God very well. But everything has to start somewhere, and for me, that was the start of a life of conscious discipleship.

So thank you God for the past 45 years. Thank you also for my Dad whose gentle challenge brought me to that moment. 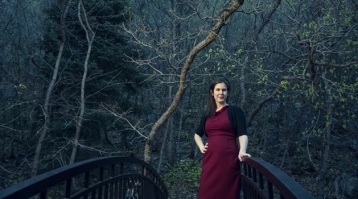 Nicole Cliffe tells the story of the work of God in her life that resulted in her moving from atheism to Christianity:

I became a Christian on July 7, 2015, after a very pleasant adult life of firm atheism. I’ve found myself telling “the story” when people ask me about it—slightly tweaked for my audience, of course. When talking to non-theists, I do a lot of shrugging and “Crazy, right? Nothing has changed, though!” When talking to other Christians, it’s more, “Obviously it’s been very beautiful, and I am utterly changed by it.” But the story has gotten a little away from me in the telling.

As an atheist since college, I had already mellowed a bit over the previous two or three years, in the course of running a popular feminist website that publishes thoughtful pieces about religion. Like many atheists (who are generally lovely moral people like my father, who would refuse to enter heaven and instead wait outside with his Miles Davis LPs), I started out snarky and defensive about religion, but eventually came to think it was probably nice for people of faith to have faith. I held to that, even though the idea of a benign deity who created and loved us was obviously nonsense, and all that awaited us beyond the grave was joyful oblivion.

I know that sounds depressing, but I found the idea of life ending after death mildly reassuring in its finality. I had started to meet more people of faith, having moved to Utah from Manhattan, and thought them frequently charming in their sweet delusion. I did not wish to believe. I had no untapped, unanswered yearnings. All was well in the state of Denmark. And then it wasn’t.