For your Saturday listening pleasure.

Here’s Nathan Rogers doing a fine job on one of his father’s best songs. 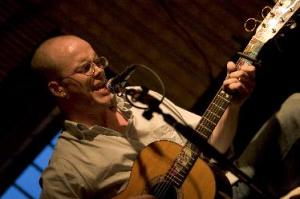 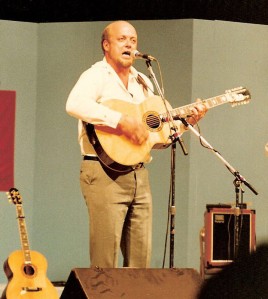 I think Ralph McTell is one of our greatest living songwriters. Here’s one of his more recent songs:

I think this was the first Billy Bragg song I heard. Billy was a lot younger then!

For those of you who can’t understand his broad Barking accent, here are the words:

CHORUS:
When the world falls apart some things stay in place
Levi Stubbs’ tears run down his face

I had the great pleasure of hearing Jez Lowe perform this song live at the Northern Lights Folk Club in Edmonton a few weeks ago. He has a great sense of humour and that comes through loud and clear in this song. Find out more about him at his website here.

The late great Stan Rogers wrote some wonderful ballads (=storytelling songs, remember?). Here is one of my favourites, a song that’s half a ballad, half a love song. When Marci and I were first married we spent five years in rural Saskatchewan and I had many cups of coffee in farm kitchens with a can of carnation on the table, so this song carries wonderful memories for me. It seems somehow appropriate for our wedding anniversary!

So here is Stan Rogers with ‘Lies’.

Having spent the summer posting traditional folk songs, I think I’m going to post a few examples of singer-songwriters who write contemporary songs in a traditional vein – that is to say, storytelling songs, which is what the word ‘ballad’ originally meant.

Let’s start with this lovely song from Ralph McTell. He is best known for ‘Streets of London’, but in fact has written dozens of wonderful ballads. This is ‘The Girl from the Hiring Fair’. By the way, this song meets one of my criteria for being a true folk song, which is that it has been sung by someone other than the author; Fairport Convention have been playing this song for years.